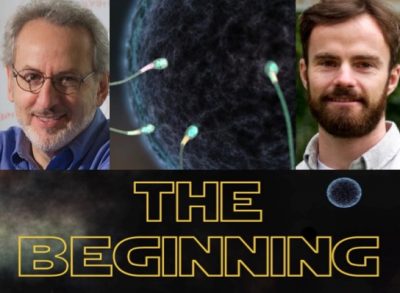 Seen the new Star Wars movie? Check out The Beginning, a 3 minute Star Wars
inspired video with sperm as X-wing fighters competing to fertilize an egg.
“Only one will dictate the future for generations to come…” Don Ingber and
Charles Reilly discuss their creative project aimed at better communicating
science to the public …and how they made a scientific discovery along the way.

Can sneaker endorsements, cereals, protein powders or electrolyte cocktails get any of us closer to the peak level performance of our favorite athletes? Despite billions in sales, the answer is probably no. But how about an elite athlete’s biology?

With 100 trillion cells in the human body, bacteria outnumber our own human cells 2 to 1, and bacteria in our gut affect all our key organ functions. They play a role in our health, development and wellness, including endurance, recovery and mental aptitude.

What if we could tap the gut bacteria of elite athletes to produce customized probiotics – and what if those probiotics could give recipients access to some of the biological advantages that make those athletes elite?

A former NBA hopeful in the lab of George Church at the Wyss Institute asked that question a couple of years ago and the lab is now moving toward a startup to bring such products to market.

In related news, consider this: With 2015 sales of $115B, sports-based nutraceuticals made up the largest share of the global nutraceutical market, but probiotic-focused sports products made up less than 1% of those sales.