END_OF_DOCUMENT_TOKEN_TO_BE_REPLACED

If you’re working to build a healthy and just society,
let me help you tap the power of narrative.

I draw on my experience teaching, acting, producing, screenwriting, and interviewing to help you tell more compelling stories. Listen here. For 20 years, my interviews have sought A World That Just Might Work, I also produce & host the podcast Disruptive for Harvard’s Wyss Institute for Biologically Inspired Engineering. 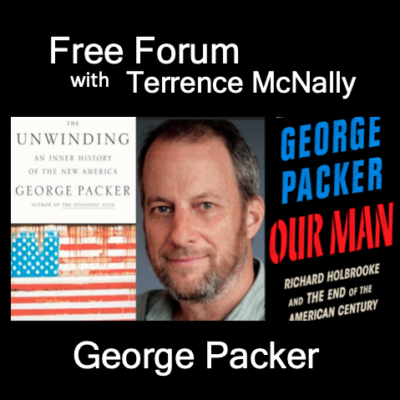 Listen to Podcast
GEORGE PACKER
“We are living in a failed state.” 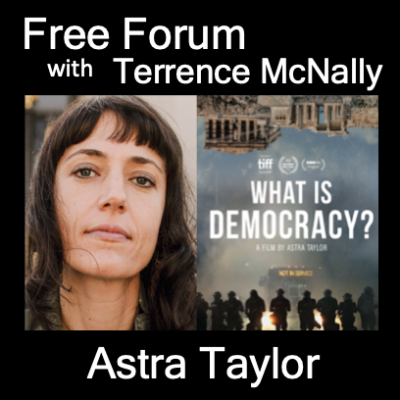 Listen to Podcast
ASTRA TAYLOR
WHAT IS DEMOCRACY? [doc]
Democracy May Not Exist, But
We’ll Miss It When It’s Gone 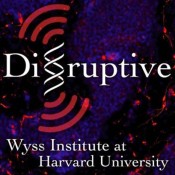 Welcome to DISRUPTIVE the podcast from Harvard’s Wyss Institute for Biologically Inspired Engineering.

In this episode of DISRUPTIVE, we will focus on a cancer vaccine and hydrogel drug depots – both being developed by Wyss Founding Core Faculty Member, DAVE MOONEY. Mooney says the human immune system is the most efficient weapon on the planet to fight disease. Cancer, however, resists treatment and cure by evading the immune system. Unlike bacterial cells or viruses, cancer cells belong in the body, but are simply mutated and misplaced. Scientists have been trying to develop vaccines that provoke the immune system to recognize cancer cells as foreign and attack them. The approach developed by Mooney’s group, in which they reprogram immune cells from inside the body using implantable biomaterials, appears simpler and more effective than other cancer vaccines currently in clinical trials. In one study, 50% of mice treated with two doses of the vaccine — mice that would have otherwise died from melanoma within about 25 days — showed complete tumor regression. On a second front, when it comes to delivering drugs or protein-based therapeutics, doctors often give patients pills or inject the drug into their bloodstream. Both are inefficient methods for delivering effective doses to targeted tissues. Mooney and his team at Wyss are taking a new approach using biocompatible and biodegradable hydrogels. They’ve developed a gel-based sponge that can be molded to any shape, loaded with drugs or stem cells, compressed to a fraction of its size, and delivered via injection. Once inside the body, it pops back to its original shape, gradually releases its payload, and safely degrades. After we explore both of these exciting projects with Mooney, we take a closer look at the process of translation of hydrogel technology into products and therapies with Chris Gemmiti, a business development lead at Wyss.